We're very sad indeed to hear today that the Government Inspector has refused our Appeal and granted Planning Permission to Wates application for 250 houses on Forty Acres.  We have six weeks in which to decide whether to pursue this to another appeal in court. 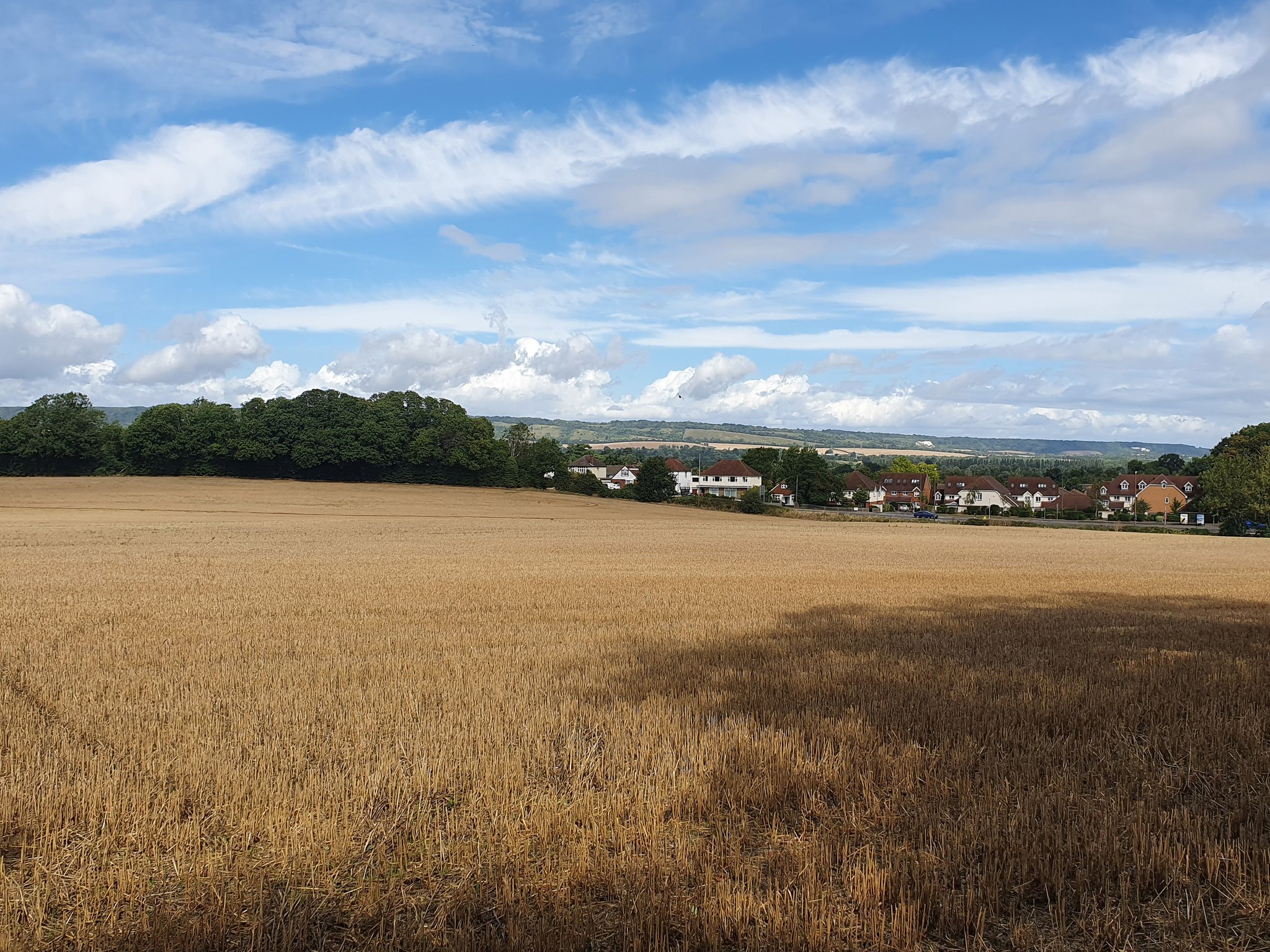 In a 27 Page Report, the Inspector goes through each of the arguments, giving each of them a ‘weight’ or level of importance, and then adds up all these weights to reach her final decision.

The Inspector accepted our argument that the loss of the landscape and the change in character of the area carried significant weight. She felt that there would be very significant adverse visual effects for users of the public footpaths. She gave ‘moderate’ weight to the loss of agricultural land. She said that the bypass formed a separation between the villages and did not give any weight to the need for open countryside between East Malling and West Malling.

The effect of the houses on people living in the London Road opposite the site, and on Winterfield Lane, would be very significant, but she felt the houses were so close to other housing areas that the effect for most people would be limited. Despite her view that the visual harm would lessen over time, the level of significant change and the extent to which the site was used by local residents for informal recreation meant that she gave this harm significant weight.

However, the Inspector said that TMBC didn't have the five year supply which government requires. In this situation, she said the rule is that the Local Plan must be considered out of date and count for very little.

She therefore concluded that the loss of the attractive landscape, character and separation from other communities did not outweigh the need for housing and particularly affordable housing in this area.

Trudy Dean, Chairman of West Malling Parish Council said “This will be a devastating blow to the thousands of people who wrote to the Inspector saying how special this piece of land of land is to them.  In her report the Inspector accepted almost all the points we made about the landscape, loss of agricultural land, loss of character of the area and change from countryside to housing estate. But, she said, the government rules meant that added altogether they were not enough to outweigh the need for more housing.”

David Thornewell, Chairman of East Malling and Larkfield Parish Council said “I fear it is a very sad day and in my personal opinion shows the serious position in which the Borough finds itself lacking this five year land supply and not having an up-todate local plan.

More broadly it also demonstrates how Governments have weakened the protection given to the general countryside by watering down the protections that used to apply to it. I fear we are now back to the 1960s approach of 'fill up the next field' with no overall approach at all.”