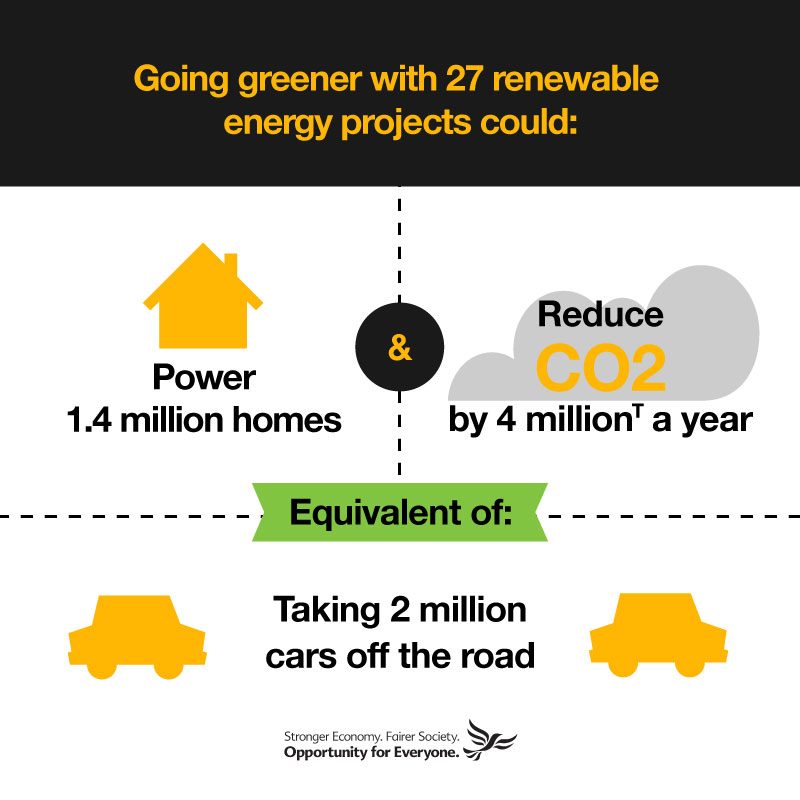 Earlier this week, Liberal Democrat Secretary of State for Energy and Climate Change, Ed Davey MP, announced the results of the UK’s first green energy auction which was designed to reward those companies who could offer to produce green power at the lowest cost.

The ‘reverse auction’ allowed generators of green power to bid against each other for contracts in order to drive the price down. This innovative approach to market competition means that the schemes will be built for £110 million a year less than expected. Ed announced that contracts have been offered to 27 renewable energy schemes that will allow for more clean energy at lower costs – a multifaceted positive for the consumer.

Commenting, Mary Varrall, Parliamentary Candidate for Tonbridge and Malling said: “The success of the auction is further testament to the hard work of the Lib Dems in reforming the UK’s energy system.

The renewable energy schemes that won the contracts will produce enough energy to power 1.4 million homes – comparable to the number of households in Wales – and save the equivalent carbon emissions of taking 2 million cars off the road. If built, these projects will not just cut the cost of renewable electricity, but also reduce energy dependency and support thousands of green jobs.

The Lib Dems have worked hard to keep environmental issues at the top of the agenda in Government. The results of the auction restate the Lib Dems long-standing beliefs that you cannot create a stronger economy for the long-term without creating a greener, more sustainable economy too.