Larkfield 20mph gets the green light

A large section of Larkfield’s 4,000. homes will be getting a 20 mph limit on their roads after KCC and Tonbridge and Malling Borough Councillors last night ( 8th March) jointly approved the scheme. Detailed designs and costings will now be prepared. Signs and road markings will be installed using funding from County Councillor Trudy Dean’s Councillors’ Community Fund, and possibly from local developers. 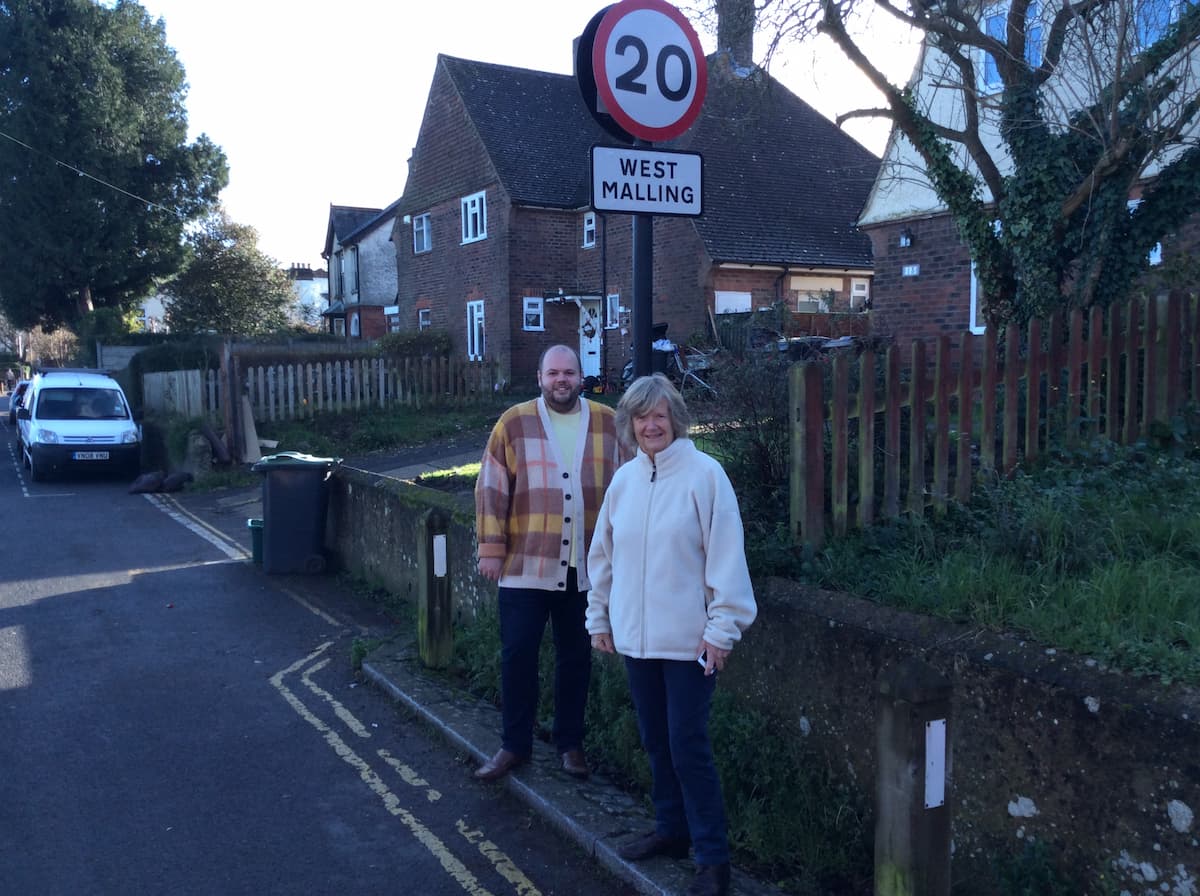 Residents voted by almost three to one in favour of the scheme. Road safety, noise, pollution and fear of speeding traffic were given as the reasons they supported the lower speed limit. Objectors were mainly concerned about the effect of humps and chicanes on main roads, and so these will have to be consulted on before they are used.

Trudy said "It has taken a long time to get to this decision today, but I am pleased the consultation result was clear. Both Parish Councils, all Borough Councillors and Tracey Crouch MP also gave their support. I am particularly keen to make sure that the roads leading to the three primary schools and busy Martin Square with its shops, medical centre and Library will be a safer, quieter and cleaner environment for children and adults. 20 mph limits work better when the whole community is involved, and this scheme will be the largest in the Borough outside Tonbridge.

From 2022 new cars will be fitted with speed limiters. These work by a windscreen camera and sat nav system which “recognise” the speed limit signs and cut fuel to the engine to slow the vehicle down if it is exceeding the speed limit. So it is vital that 20 mph signs are installed now. I know it’s a long term thing, but the limiter devices will begin to provide the enforcement everyone is calling for."

Trudy is pressing Pannattoni, developers of the former Aylesford Newsprint site, to help stretch funds so the 20mph limit can cover the whole of Larkfield. Pannattoni have proposed a wide range of green travel projects including new pavements, bus routes to Maidstone, and cycle transport, with bike hire and storage. “KCC need to work with bus companies now to make sure for the first time we have routes on New Hythe Lane and to The Malling School for children from north Larkfield instead of empty buses running where they aren’t needed.”