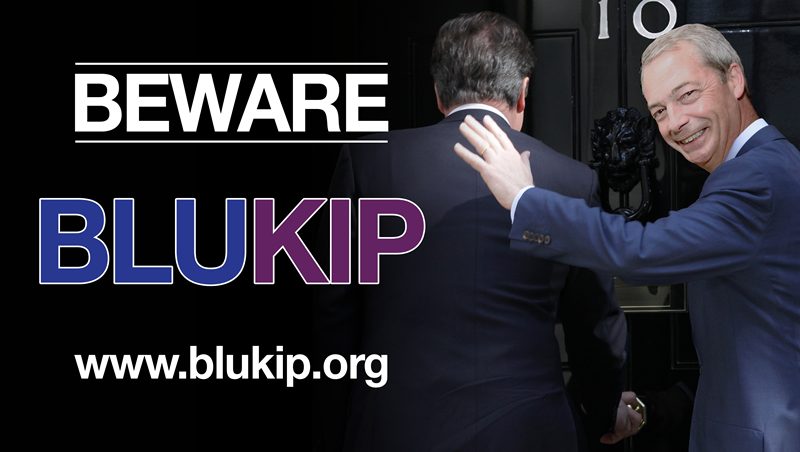 A BLUKIP Government comprising of Conservatives but reliant on the right of the Party, UKIP and the Democratic Unionist Party (DUP) to give it a majority in the new Parliament, would be in serious danger of lurching to the right, warns Mary Varrall, Liberal Democrat candidate for Tonbridge and Malling.

Commenting on the threat, she said: "Imagine what Britain could become if the Prime Minister had to bargain with Nigel Farage for votes.  Our public services cut to the bone.  Our communities divided. Instead of the Liberal Democrats holding the balance of power and using it to keep the Government anchored in the centre ground, Nigel Farage and his friends in the Conservatives and the DUP would drag Britain further and further to the right.  Voters should consider carefully whether they want Nigel Farage or Nick Clegg as their next Deputy Prime Minister."

"The Liberal Democrats have today released a dossier that shows businesses, the City and markets all fear an economic lurch to the right or left. For the markets the most favourable option would be for a stable government anchored in the centre ground that delivers both a fairer society and a stronger economy."

Commenting on the possible outcome of 7th May Election, HSBC said: "The political outcomes that worry the market the most would be outright victories. A Labour victory would bring market worries about a fiscal deficit to the fore, despite Labour’s best efforts to allay such concerns.  An outright Conservative victory would bring an EU ‘in-out’ referendum."

AXA has said: "We think markets would react most positively to policies that were closer to the political centre ground.”

International Finance Magazine raised concerns over the threat of Britain leaving the EU if the Conservatives won an outright majority adding:  "A Conservative-led administration could lead the UK out of the EU, particularly if it has to work with UKIP, and that is a prospect that frightens many investors and businesses.”

Mary added:  "The evidence is clear.  The  best way to secure a stronger economy and a fairer society is to vote Liberal Democrat on 7th May."