Pint and Politics in Tonbridge

Despite being the coldest night of the year, Members of Tonbridge and Malling Liberal Democrats braved sub-zero temperatures for our regular Politics and Pint evening in the warmth of the Chequers bar in Tonbridge.
Chairman David Thornewell introduced Richard Morris - our new Prospective Parliamentary Candidate - to the group, kicking off a lively discussion of Westminster, European and local issues.

Members were surprised by parliamentary proceedings the previous day and the U-turn by the Prime Minister in now seeking to renegotiate the Withdrawal Agreement - her actions appear to be motivated by a paramount wish to preserve her party rather than to act in the national interest.  There was unanimity in believing that the national interest would be best served by a further referendum with an option to remain in the EU. 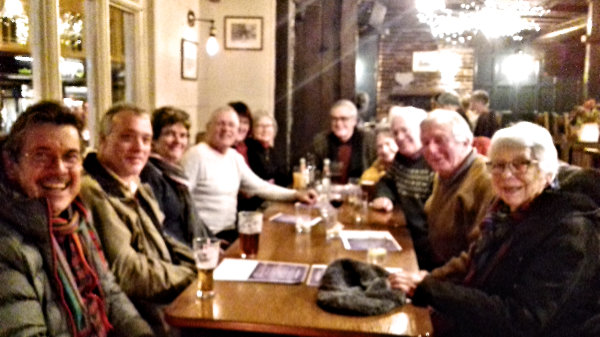