Tonbridge and Malling Borough Council has surprised and angered local residents and businesses this week by proposing to charge for short term 'shoppers' car parking in West Malling High Street for the first time ever.  The plan came only months after West Malling had been rated one of the best Market Towns in the country, and weeks after Council Leader Nick Heslop and MP Tom Tugendhat toured the town in support of local small businesses.

On January 4th, a report was published proposing charges from April 1st.  The first half hour would be charged at 30p, and then 60p for an hour, £1.20 for two hours, £1.80 for three hours, then jumping to £5 for over 4 hours.  Currently, shoppers can park for three hours free of charge and then must leave the car park to free up space for new customers.  These proposals mean that workers rather than shoppers can return to the car park.

Under another proposal, business permit charges in the Ryarsh Lane Business car park would be tripled from £50 to £150 per year.

The report also says that extending charges to evening hours after 6pm and on Sundays, and for the first time including on street parking charges may be considered in future across the Borough.

The proposals are to be discussed at the Council offices on the evening of Jan 11th.  They are part of a Borough wide plan to raise £350,000 more from car parking to offset investment in new technology, including ticket machines.

Parish Councillor Richard Selkirk was bowled over when he   launched a petition against the proposals which attracted over 2,000  in the first two days. "The supporters make it clear what a wide area West Malling serves and how the independent traders attract people who don't want the same old High Street with the same old chain stores.  Many local petitioners  pointed out that charges would simply push shoppers into adjoining residential streets, or send them to  ASDA, Morrisons, Tesco Larkfield or Sainsbury where free parking is provided just down the road."

Winners of National Retailing Awards,  Michelle of Soles with Heart and Nikki and Russell at West Malling Flowers have both registered their opposition to the plans, as have other local business operators. Amy Barker of Monks Clothing said "The people it will put off are the ones popping in to get milk and then dropping in to see us.  We make some big sales that way."

Pressure is mounting on the three local West Malling Borough Councillors: Sacha Luck, owner of The Old Clock Shop, said she did not think that people would be put off coming to the town, whilst colleague Sophie Shrubsole vowed to represent local people and oppose the charging plans.  Brian Luker has so far offered no view.

Trudy Dean, County Councillor for West Malling and Chairman of the Parish Council said she was disappointed and angry at the process the Borough Council had used.  "The Parish Council and Chamber of Commerce have a West Malling Parking Steering Group which has met many times and worked constructively together to help make parking improvements. the most recent of which have yet to be reported and assessed.  But this report came out of the blue, giving us only a week to fight off charges due to start in only three months' time. The Borough Council has failed to explain how the imposition of charges can possibly improve the availability of parking in the town, which is the main issue concerning shoppers, businesses and residents. We shall be asking the Borough Council to drop these proposals until a proper consultation with residents and businesses has been held, and a solution less damaging to businesses and residents can be agreed.  There are many ways to help West Malling remain the most vibrant and beautiful shopping centre in the Borough, and this isn't one of them. "

Use this link to sign the petition opposing the parking charges. 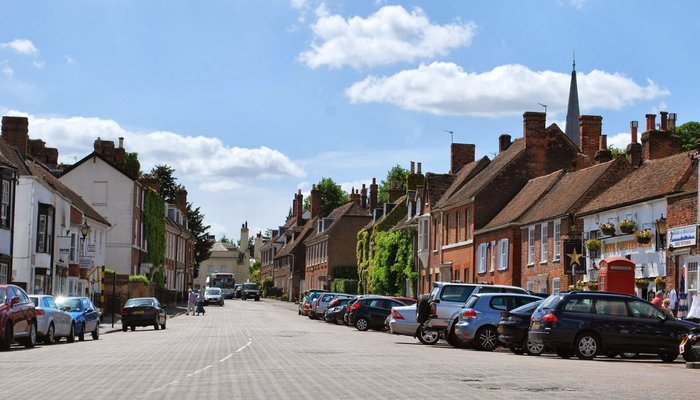