The draft Tonbridge and Malling Local Plan which was supposed to set out development policies for the borough appears to have hit the buffers.

In a strong response from the Planning Inspectorate following initial hearings in October they have found the borough council failed to co-operate with surrounding districts as required by current planning law. 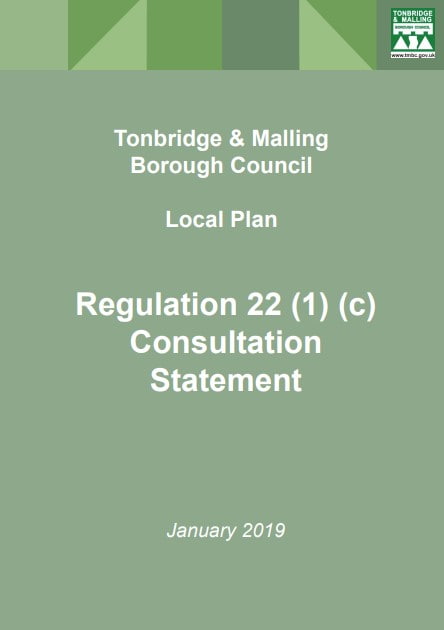 Their letter dated 15th December 2020 sets out the unsatisfactory way the borough council dealt with this issue especially in relating to Sevenoaks District Council.  The suggest the Borough either consider withdrawing the plan or in effect the Planning Inspectorate will reject it.

In either case it would mean back to the drawing board by the council and considerabale delay in getting a new plan for the borough. The Planning Inspectorate having put the issue back to the borough but await an early response.

“This is a serious set back for the borough council and the Planning Inspectorates letter sets out a whole series of problems in the way the council dealt with the local plan.  And the lack of a plan is coupled with the failure of the Borough council to have a 5 year housing land supply as required by the Government. Such a position means it is easier for developers to get permission on green field sites. The borough council needs to address that and get a grip”