Voters went to the polls on Thursday, May 4 and results were announced today, Friday, May 5.

There was a 36 per cent turnout for the Malling Central seat.

Thomas first came to know the Medway towns in the 1990s attending all the local courts through his job as a barrister. A graduate of the London School of Economics, he has a passion for bringing people together and reducing the gap between the different opportunities children have depending on the circumstances of their parents.

Thomas sees equality of opportunity as the key to strengthening our economy and unlocking everyone's potential in life.  After becoming a father, himself in his mid-thirties, he made the difficult decision to leave his successful legal practice of 10 years to pursue his passion by helping people build local enterprises. For the last eight years, Thomas has been active in this part of the economy and is a strong supporter of small, local businesses and social enterprises.

Whilst our links to London are crucial to our local economy and wellbeing, Thomas is keen to see the local economy develop to meet local needs even better and more in harmony with the countryside around us. Above all, he wants to see all our children have the opportunities they need to reach their full potential in life.

Chatham and Aylesford Liberal Democrats Constituency Chairman, Cllr. David Thornewell, has welcomed Thomas’s selection as a Parliamentary candidate and has said, 'It is great to put forward someone who is not a professional politician. I am looking forward to Thomas making great inroads into the Chatham and Aylesford vote and presenting an opportunity for our electorate to vote for sensible policies.

Thomas can be contacted by e-mailing him at [email protected]tonbridgeandmallinglibdems.org.uk 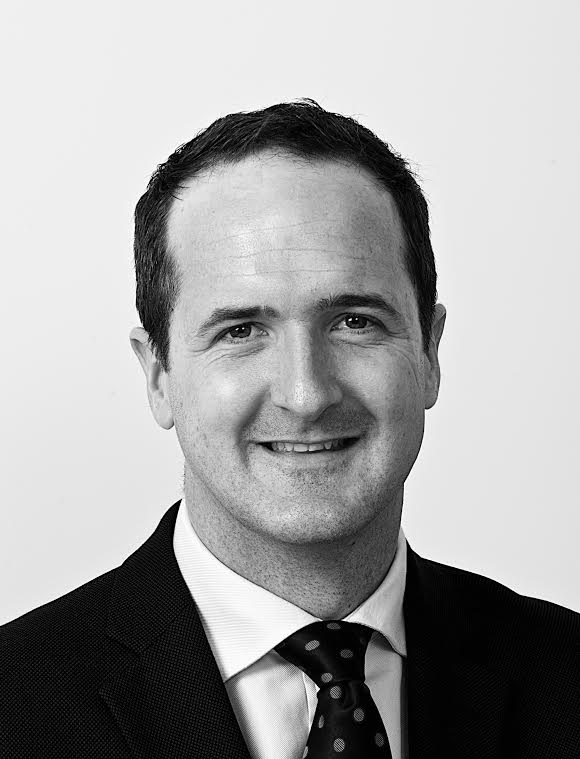 The Liberal Democrat membership surge is about to take the party to a landmark 100,000 members – thanks to a staggering 12,500 joining since Theresa May announced the snap General Election last Tuesday.

Reaching six figures makes the party bigger than it has been since the mid-1990s and puts it on course to reach its highest membership ever within days. The biggest the party has been since its formation is 101,768 in 1994.

It means that more than 50,000 members have joined since last year’s European referendum and more than 67,500 since the 2015 General Election.

“Thousands of people are joining the Liberal Democrats every day because they want to change Britain’s future.

“People want a strong opposition to Theresa May’s Hard Brexit agenda and the Liberal Democrats are the only party challenging them up and down the country. Jeremy Corbyn’s Labour has completely failed, offering no opposition whatsoever and giving Theresa May a blank cheque to pursue a Hard Brexit.

The landmark figure is just the latest sign of the party’s gathering momentum:

Tim Farron has ruled out doing any coalition deals with Theresa May or Jeremy Corbyn after the election.

We don't rule out future coalitions - we believe in plural politics - but we won't do one with May or Corbyn.

With a large number of pro-European Lib Dem MPs in the next parliament we can force the government to soften its approach to Brexit and give people the final say over what comes next.

What about the Tories?

Under no conditions can we sign up to Theresa May's Hard Brexit agenda. She is going to be the Prime Minister - that's not in doubt. Our job will be to hold her to account and fight for the things we believe in – above all else our membership of the single market and for the people to have the final say on the deal.

Everybody knows Jeremy Corbyn won't be the next Prime Minister. There is no prospect of a coalition that would put him in power. There are many issues that Labour and the Liberal Democrats agree on and many people on their side that we respect - but we won't put Corbyn into power. He is pro-Brexit, has promised to pull us out of the single market and marched his MPs and Peers through the lobbies to vote for article 50 without any concessions from the Tories. On top of that, he would be a disaster for the country - he has no plan for the country, our economy and offers no leadership.

Are you ruling out a progressive alliance?

We want to work with like-minded, pro-European people of all parties and none to oppose Theresa May's Hard Brexit agenda and fight for a Britain that is open, tolerant and united. But everyone knows Jeremy Corbyn won't be the next Prime Minister and we wouldn't want him to be. We will work with pro-European MPs in any party to stand up to the Conservatives over Hard Brexit, but Corbyn is not that - and there is no prospect of a coalition that would put him in power.

Would you join a coalition with the SNP?

We won’t be doing a deal with the SNP at Westminster because, whatever they might say, they are only interested in getting independence. They will not be interested in making a success of the UK.

Jeremy Corbyn is never going to be Prime Minister because he can't even lead his own party, the Liberal Democrats have said.

Responding to Jeremy Corbyn's speech today, Liberal Democrat Shadow First Secretary of State Alistair Carmichael said: “Jeremy Corbyn is never going to be Prime Minister. He can’t lead his own party, let alone our country. The more people see him, the less they want to vote for him.

"That is not just my view. It is the view of the 172 Labour MPs who just last year said they had no confidence in his leadership.

“That’s why senior Labour figures such as Bob Marshall-Andrews are defecting to the Liberal Democrats.

“Jeremy Corbyn’s Labour has waved the white flag on Brexit, is failing as an opposition and has given Theresa May a blank cheque to pursue a divisive Hard Brexit. They are hopelessly divided, have no plan for the economy and are clearly unfit for government.

“This is your chance to change the direction of our country. If you want to avoid a disastrous Hard Brexit, if you want to keep Britain in the Single Market, if you want Britain to have a decent opposition – vote Liberal Democrat.

“The Liberal Democrats are the real opposition to the Conservative Brexit Government and the only party fighting for a Britain that is open, tolerant and united."

Liberal Democrats double size of membership since 2015 general election In the short time since the snap General Election was announced the Liberal Democrats have gained over 2,500 new members 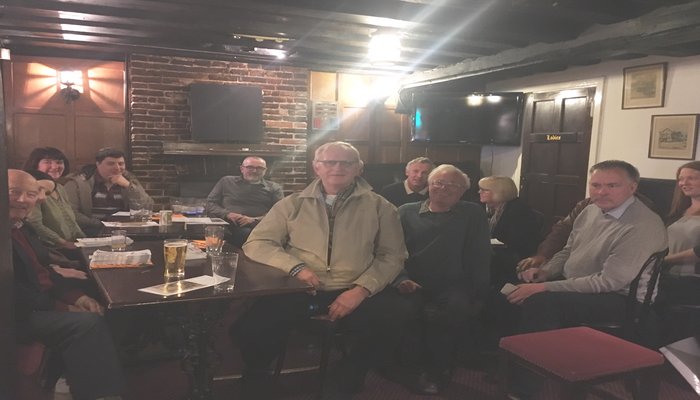 The Liberal Democrat General Election campaign has got off to a flying start as new members have seen the party double in size since May 2015.

In the short time since the snap General Election was announced the Liberal Democrats have gained over 2,500 new members. 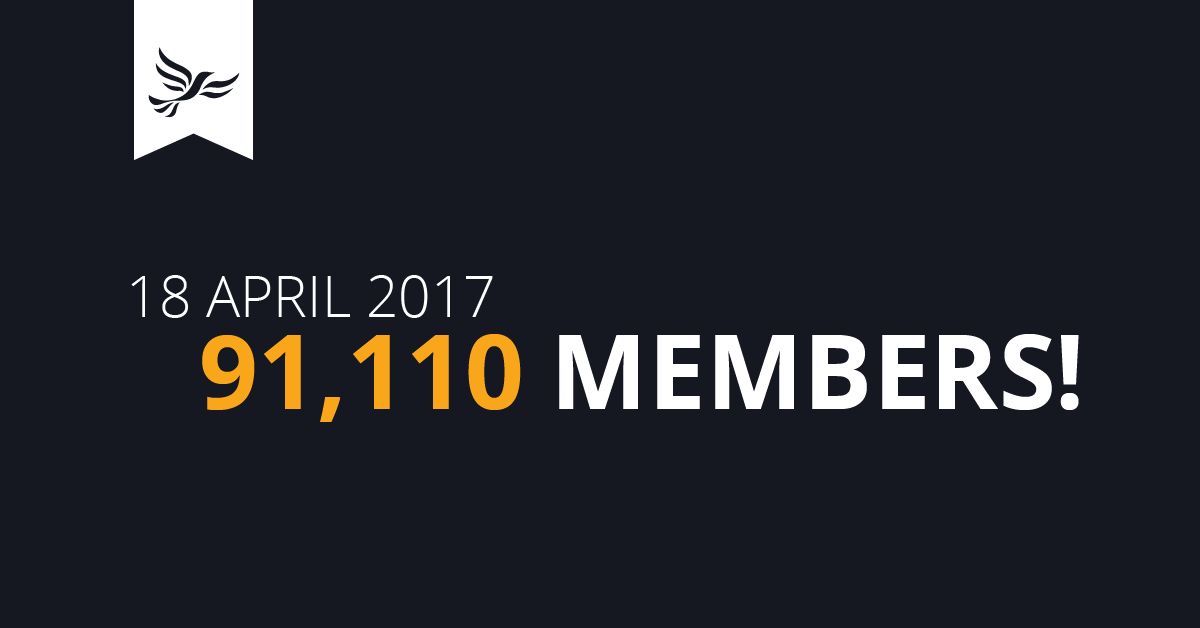 Commenting on the surge Leader of the Liberal Democrats Tim Farron said: “This election is a chance to change the direction of our country and thousands are joining our fight.

"Thousands of people up and down the country are joining the Liberal Democrats so that we can send a message to Theresa May and the Conservative Brexit Government that we do not want a hard Brexit.

“In this General Election it is clear that only the Liberal Democrats can prevent a Conservative majority.”

What this means for Britain

Only the Liberal Democrats can prevent a Conservative majority.

Labour won’t win any seats off the Conservatives.

The SNP could only possibly win one seat off the Conservatives.

But there are dozens of Conservative seats where the Lib Dems are the challengers. The only way to stop Theresa May winning a majority is by the Lib Dems winning in those seats.

The only way to prevent a Conservative majority is by voting Liberal Democrat.

The Liberal Democrats are the real opposition to the Conservative Brexit Government and the only party fighting for a Britain that is open, tolerant and united.

How you can help

If you want to change the direction of your country, join the Liberal Democrats today.

More than 500 people joined the party in the 20 minutes after Theresa May announced the snap election. This is your chance to do the same.

You can also join the Liberal Democrats' growing army of volunteers. Whether you can help out for several weeks, or just a few hours, we need you!

Whether you prefer to deliver leaflets, talk to voters on the phone or help out with office admin, your help will make a huge difference.

And if you've never volunteered before, you're not alone. 75% of people who have joined our national volunteer team are new! 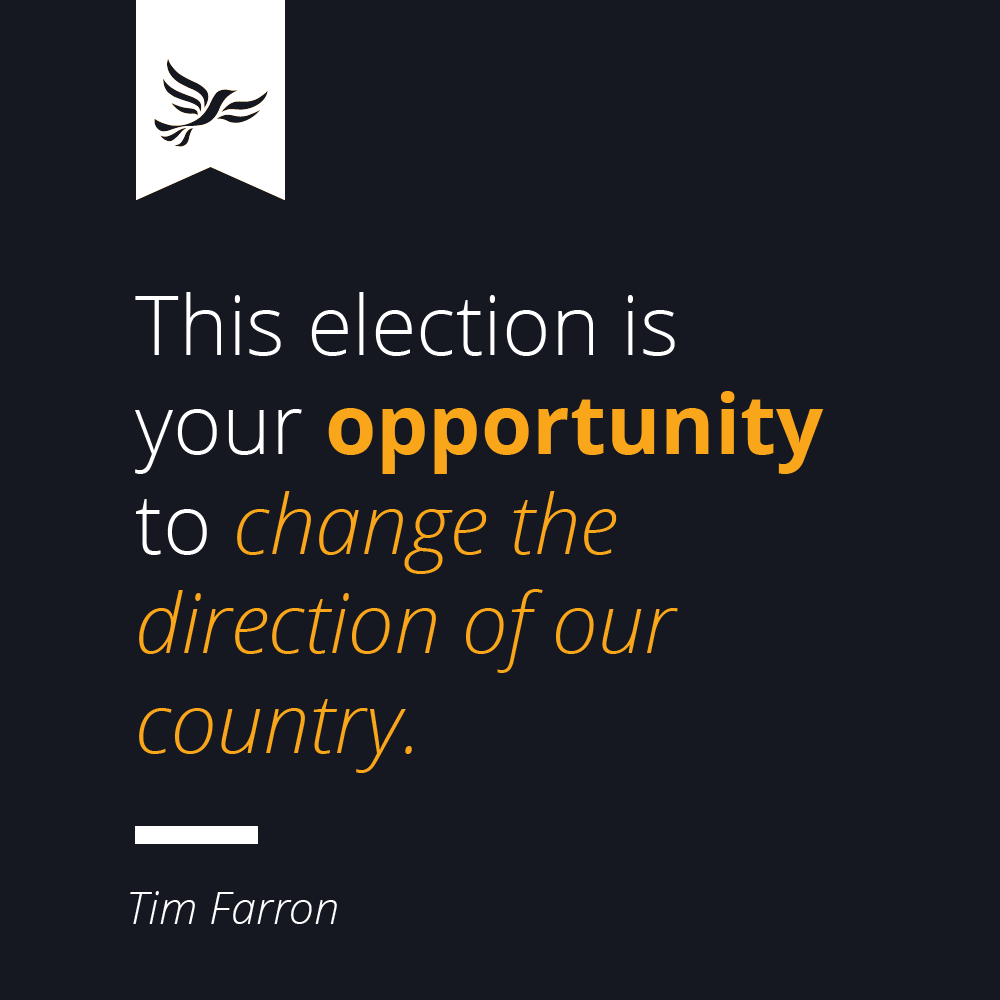 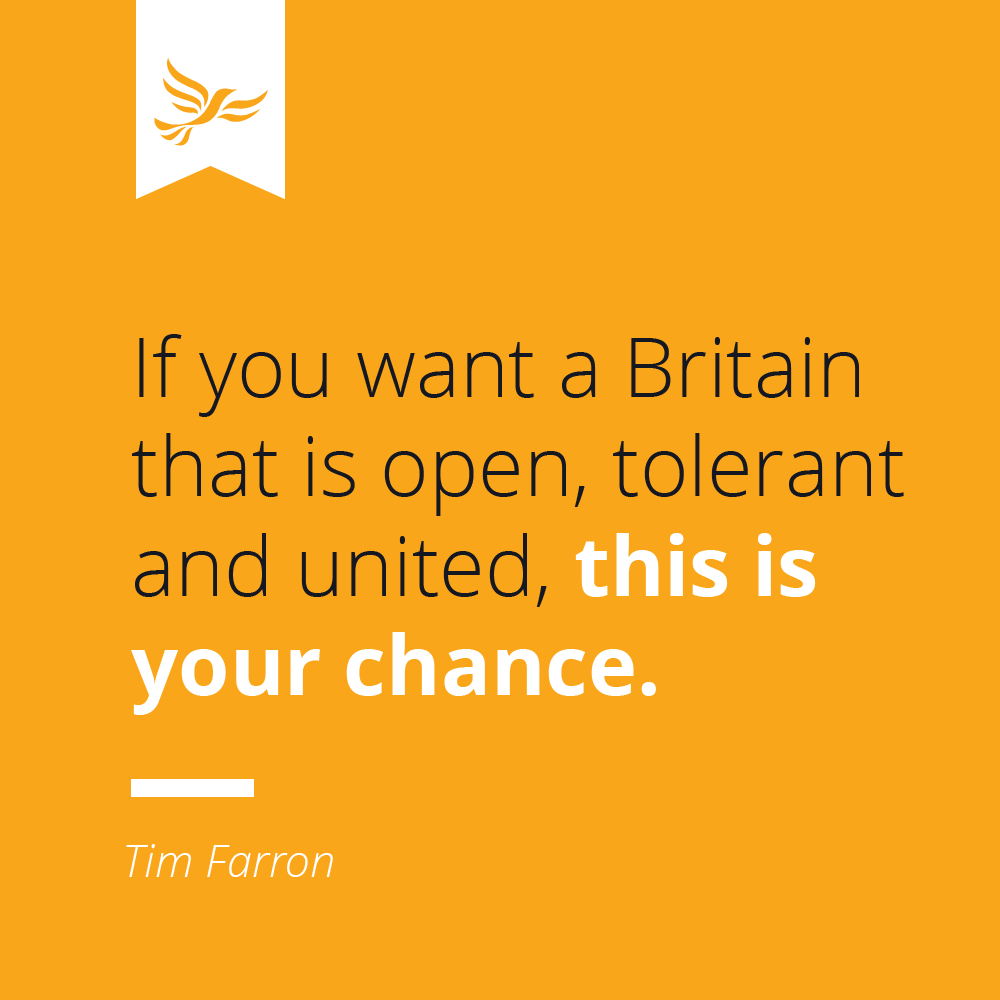 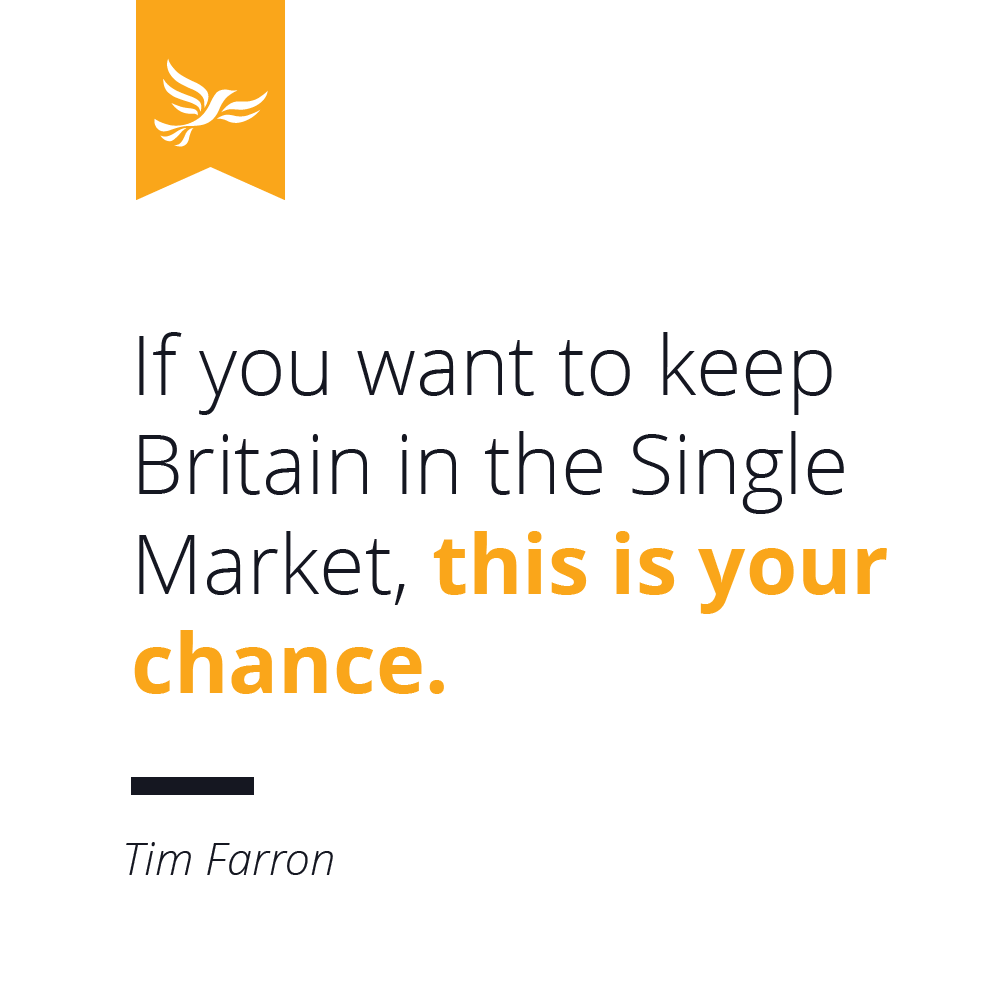 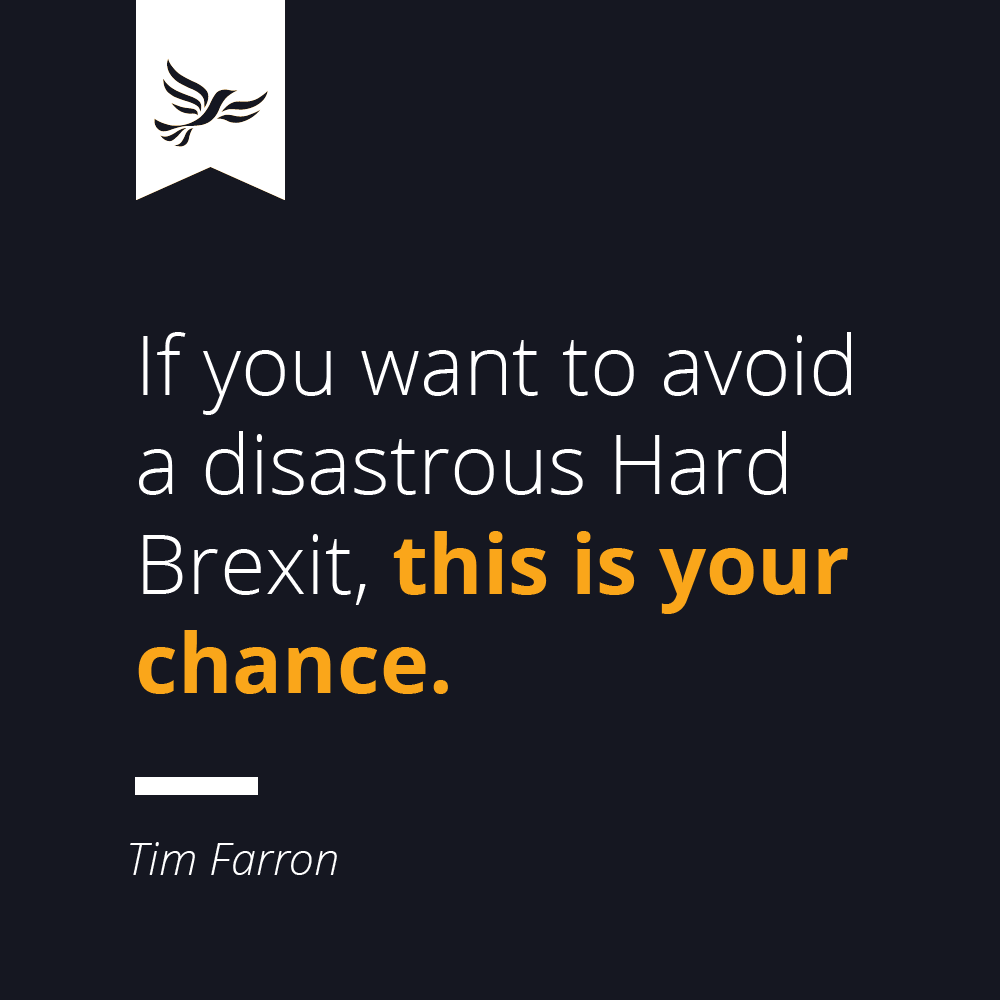 Cllr Trudy Dean writes; Many people are concerned about the amount of traffic which might come from the Aylesford Newsprint site if it is redeveloped for modern businesses which may employ many more people and generate more traffic than the former highly automated paper mill. One possible solution being suggested is a left in - left out entrance from and exit to M20 direct from the site.

It is very unclear what the effect of this might be. For instance, it might encourage rat running by traffic avoiding the A20 or Maidstone traffic jams. But in order for Highways England to even think about this, KCC as Highways Authority needed to push them into exploring the option.

I asked a formal question at County Council (a bit like PM questions) to encourage them to do so. KCC confirmed that it is pressing Highways England to explore this option. However, they got the reply that Highways England are opposed to the idea. They say it does not meet their safety guidance on the distance between junctions to allow for weaving traffic. They also say that it would mess up their plans for a smart motorway operation, due to open next year, between junctions 3 and 5 at Aylesford. This is where variable speed limits are used to increase the capacity of the motorway and traffic can be instructed to use the hard shoulder.

I pointed out that TMBC will not oppose the application on highway grounds unless they get a clear statement of opposition from KCC Highways as well. The Cabinet Member replied that he ‘could not interfere with the professional judgement of officers’. 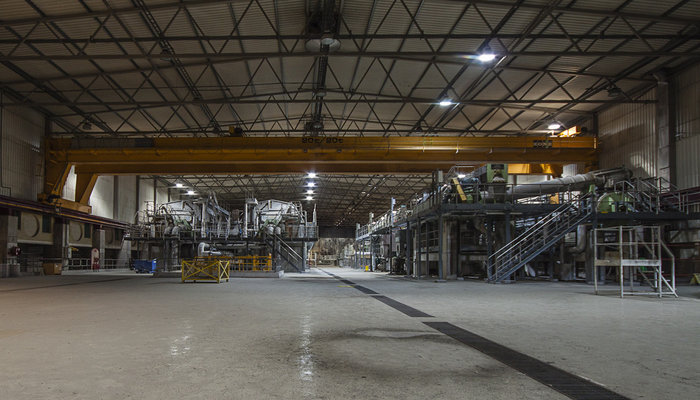 Cllr Richard Selkirk has asked the Borough Council to take action on the pigeon flock which is making a mess of the pavement by the zebra crossing each day. We suspect they have been moved on by the restoration work on Arundel House. He has also questioned why the scaffolding is still in position, inconveniencing pedestrians when no work appears to be going on. 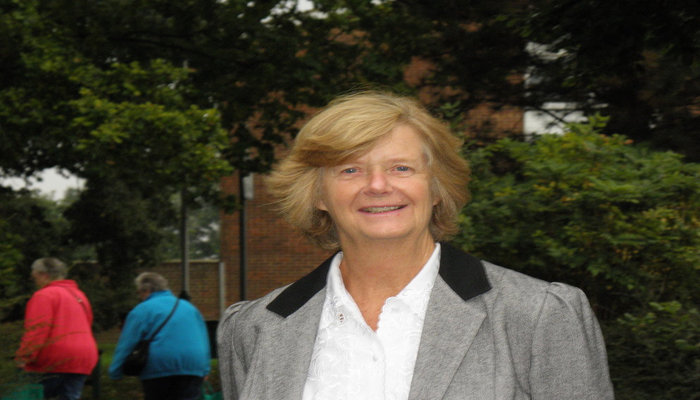