Help us to grow wildflower verges!

A PLAN to increase wildflower areas on roadside verges and corners of land in and around West Malling is being considered.

Parish Councillors Richard Byatt and Trudy Dean met with KCC and Kent Wildlife Trust representatives to discuss how these areas can be managed to increase wildflower numbers. The major change is to ensure mowing only takes place after flowers have seeded.

KCC will cut the grass but volunteers are needed to rake the longer grass to the back of the verge to allow the flower seeds to germinate. Parish Councillor Richard Selkirk is coordinating a team of gardeners who hopefully will help with this process.

Parish council chairman Trudy Dean said: " KCC already has some protected wildflower verges but they are few and far between and none in this area. The ox-eye daisies on the A228 are widely admired. We hope that volunteers will enable us to significantly increase these beautiful areas we all enjoy, and raking the long grass is good for reptiles as well.”

Have your say on bus proposals!

KENT County Council received about £100,000 from the developers of Ryarsh Brickworks to improve public transport links between Ryarsh and West Malling.

The council proposes to use it on improvememts to the 58 bus service. However, there are concerns that the “improvements” look set to deprive large numbers of Malling people of their only direct bus route to Maidstone Hospital and local shops.

KCC says it wants to use the money to increase the frequency of the existing number 58 bus timetable, but it is proposed that it runs only to New Road, when it would travel back into West Malling. This would leave passengers all along its current route, who want to travel to Maidstone Hospital, having to pick up other connecting bus services, all of which involve a trip into Maidstone town centre and out again.

County Councillor Trudy Dean said: "The 58 bus provides the only direct route to Maidstone Hospital for a whole string of villages between Wrotham Heath and Aylesford. It also provides the only bus which runs through the old centre of East Malling via Clare Lane, and Mill Street.

“I'm told there are no notices on the bus itself, so it's possible not many people are aware of the potential loss of this service.”

If you will be affected please email Dan Bruce at [email protected] with your views.

COUNTY Councillor Trudy Dean is once again handing up to £2,000 to each of up to five local groups for projects for local people. This year the annual Dragons’ Den event will take place on the afternoon of November 18, courtesy of The Malling School at East Malling.

Groups from Larkfield, East Malling and West Malling can apply to bid for the money. Applicants have to give a three minute presentation to the audience on why they want the money and what they will spend it on, and at the end, everyone in the audience uses electronic voting pads to nominate their favourite projects.

The top five projects will receive funding from Cllr Dean’s KCC member’s grant. If you are interested in bidding for this money contact [email protected] for an application form.

The gasworks in New Hythe Lane were advertised as taking from 24th July to 4th September.  SGNs latest update says:

" SGN's work to upgrade the gas network in Larkfield is progressing well and is expected to be completed within the original schedule. The gas company appreciates that roadworks can be very frustrating and has expressed their thanks to Larkfield residents for your patience. They are replacing old metal gas mains with new plastic pipe, which means a continued safe and reliable gas supply to all of us in Larkfield for many years to come." 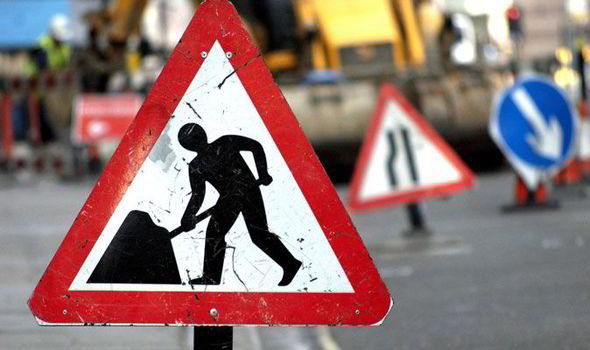 A family-run company that supplied fresh salads to supermarkets, restaurants and travel chains across the UK has gone out of business, costing around 260 people their jobs.

Administrators say Southern Salads, based in Tonbridge, has ceased trading with immediate effect.

They confirmed all but a handful of its approximately 260 staff have been made redundant.

Despite successfully producing over 50 tonnes of salad per day for its array of customers, the company faced an unprecedented pressure on cash flow in the immediate aftermath of last summer’s EU referendum vote.

The sudden decline in sterling was not foreseen by the company, leaving the business grappling with an immediate fall of between 10% and 20% in its purchasing power for overseas-grown salads required for the winter and early spring UK market which in turn put a severe strain on cash-flow.

With insufficient protection from its currency hedging arrangements, pressure increased on cash-flow as the business traded through to this spring.

The company was unsuccessful in negotiating any significant changes to its pricing terms with its suppliers in mainland Europe, while also being unable to pass on its cost increases to supermarkets and its other customers.

The company relies on European suppliers for fresh vegetables and fruit from the Netherlands and Poland in the north to France, Italy and Spain in the south.

"Liberal Democrats stand by all the people who have lost their jobs at Southern Salads.

This business's closure is reported to result from the fall in the pound following the Brexit vote.

The people who led the campaign for Brexit promised the public this would not happen, they promised lives would get better.

Instead, Brexit inflation is costing jobs as well as driving up prices for families' cost of living.

The public were misled.  We need to stop Brexit. We need to have another vote when the terms of exit are known so people can decide whether this is what we really want."

KCC is suggesting the 58 route should become more frequent but at the same time proposes that, in effect, the service would not run eastwards beyond West Malling except to collect passengers from East Malling village in order to take them to West Malling to change buses. It would no longer serve Larkfield on the A20. Whilst more frequent journeys would be welcome, the loss of the route to Maidstone Hospital would be a blow to local people.

Cllr Trudy Dean would like to hear your views about this. Please email Trudy at [email protected] 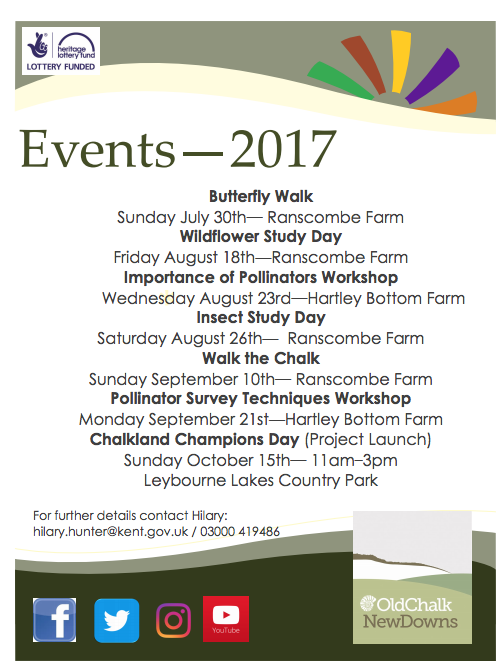 Cllr Trudy Dean will update Bulletin readers as new information becomes available. If you would like to sign up to Trudy's email bulletin send an email to her at [email protected]